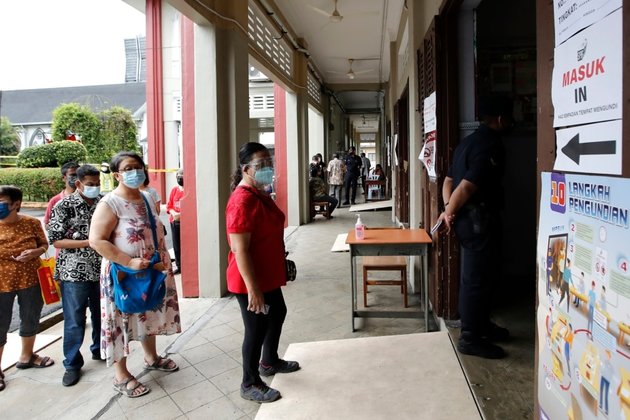 Kuala Lumpur - Counting of ballots began Saturday in Malaysia's tightly contested national election that will determine whether its long-ruling coalition can make a comeback after its stunning defeat four years ago.

Opposition leader Anwar Ibrahim's reformist bloc is forecast to lead - but with three main blocs vying for votes and many fence-sitters, analysts said the outcome is hard to predict and could see new alliances formed if there is no outright winner.

"I'm early today just to cast my right as a citizen to select the PM who can bring stability," said school lecturer Adib Omar as he waited in line to vote. He said Malaysia's new leader must be able to unite the various races and bring the country forward.

Turnout was high by 4 p.m. with 70% of 21.1 million eligible Malaysians casting their votes for 222 lawmakers in federal Parliament and representatives in three state legislatures, according to the Election Commission.

Polling for two federal seats has been postponed after the death of a candidate in one constituency and bad weather in another. Results are expected later Saturday evening. Some 6 million new voters since 2018 added to uncertainties in the tight race.

Many surveys had put Anwar's Pakatan Harapan, or Alliance of Hope, in the lead, though short of winning a majority. This could spark a new crisis if rival blocs again join hands to block his ascent. Two other research houses have predicted a victory for the long-ruling Barisan Nasional, or National Front alliance, led by the United Malays National Organization. The Perikatan Nasional, or National Alliance, which is a Malay-based bloc led by former Prime Minister Muhyiddin Yassin, is a dark horse.

Malaysia's gerrymandering and uneven proportion of voters in constituencies may tilt the vote in favor of UMNO, critics warn. UMNO had lost the popular vote in past elections but still won a majority in Parliament due to a skewed electoral system that gives power to rural Malays, its traditional supporters.

The economy and rising cost of living are chief concerns for voters, though many are apathetic due to political turmoil that has led to three prime ministers since 2018 polls.

"The choice today is between sticking with the status quo, or opting for a different future, with the hope that Harapan will improve lives," said Bridget Welsh, a Southeast Asian political expert.

Anger over government corruption had led to UMNO's shocking defeat in 2018 to Anwar's bloc that saw the first regime change since Malaysia's independence from Britain in 1957. The watershed polls had sparked hopes of reforms as once-powerful UMNO leaders were jailed or hauled to court for graft. But political guile and defections led to the government's collapse after 22 months.

UMNO bounced back as part of a new government, but infighting led to continuous turmoil.

Initially confident of a strong victory due to a fragmented opposition, UMNO President Ahmad Zahid Hamidi pushed incumbent caretaker Prime Minister Ismail Sabri Yaakob in October to call snap polls. But the UMNO campaign has been relatively muted as infighting and corruption charges against Zahid cast a shadow over its election promise of stability and prosperity.

Anwar, 75, drew large crowds as he crisscrossed the country with his message of change.

"I am cautiously optimistic," Anwar told reporters after casting his vote Saturday. "We can't expect the country to progress if we do not effect meaningful change as a united Malaysian nation."

Winning the top job would cap Anwar's long political journey. A former deputy prime minister, his sacking and imprisonment in the 1990s led to massive street protests and a reform movement that saw his bloc rise into a major political force.

Anwar was in prison during the 2018 vote on a sodomy charge that critics say was trumped up. Former Prime Minister Mahathir Mohamad led the alliance's campaign and became the world's oldest leader at 92 after the victory. Anwar was pardoned shortly after and would have succeeded Mahathir had their government not crumbled.

His bloc has promised a reset in government policies to focus on merits and needs, rather than race, and good governance to plug billions of dollars it said was lost to corruption. Critics say the affirmative action policy that gives majority Malays privileges in business, housing and education has been abused to enrich the elites, alienate minority groups and has sparked a brain drain.

But many rural Malays fear they may lose their rights with greater pluralism.

Uncomfortable with corruption in UMNO, they may opt for the National Alliance, UMNO's ally-turned-rival, which includes an Islamic party that touts Sharia. Its leader Muhyiddin defected from Mahathir's government in early 2020, causing its collapse. He became prime minister but resigned after 17 months due to infighting.

Malays form two-thirds of Malaysia's 33 million people, which include large minorities of ethnic Chinese and Indians.

Mahathir, 97, is also seeking support under a new Malay movement that isn't expected to make much headway but may split the vote. His popularity has faded and the elections are likely to be the last for Mahathir. 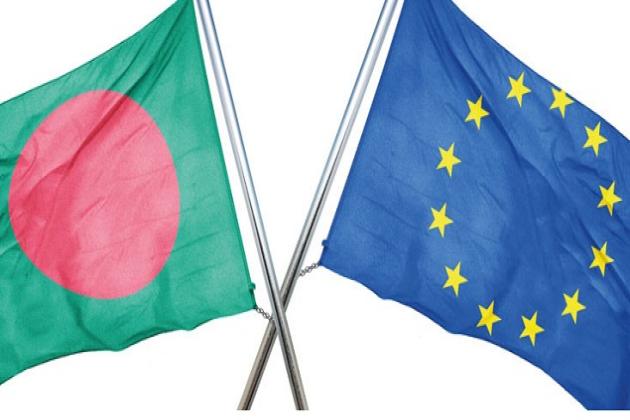 DHAKA, Bangladesh - On Thursday, Bangladesh and the European Union (EU) expressed a willingness to sign a "partnership cooperation" agreement ...

President Alvi signs off on top appointments in Pakistan Military 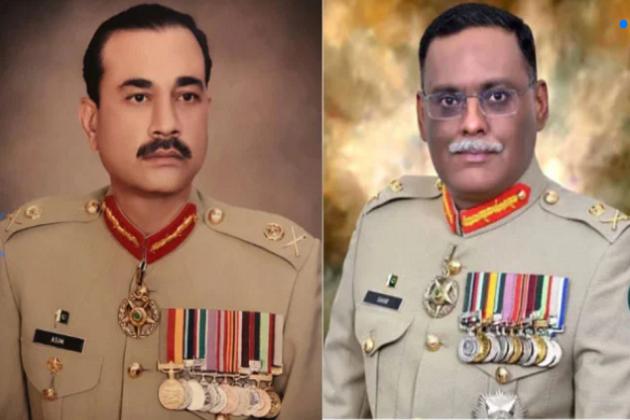 NAYPYIDAW, Myanmar - Four foreigners among the thousands of people imprisoned by Myanmar's military following its February 2021 coup have ...

BEIJING, China: Officials from Beijing's most populous district, Chaoyang, have urged residents to remain at home as the city is ...