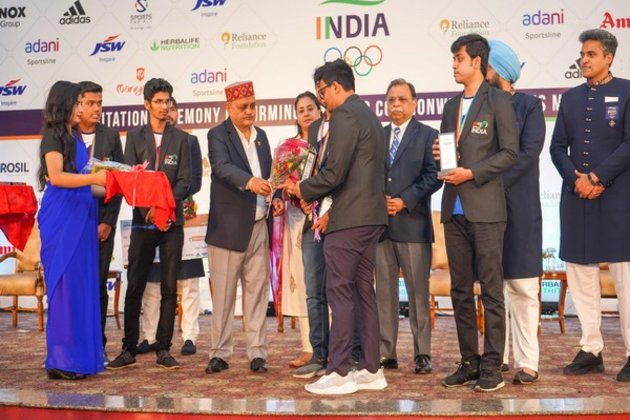 All bronze medallists of the Indian DOTA 2 team - Moin Ejaz (captain), Ketan Goyal, Abhishek Yadav, Shubham Goli, and Vishal Vernekar were presented with the appreciation memento in a felicitation ceremony for their exceptional accomplishment at the recently concluded Commonwealth Esports Championship. The felicitation function was held on August 13.

This was the very first time that an Indian Esports contingent had been invited to the felicitation ceremony along with the other mainstream sports medallists, an official release said on Tuesday.

"It is an unforgettable day for the rest of the team and me. To have the opportunity to be here with the other medallists from various sports and get awarded by the Indian Olympic Association for a medal in Esports is a very special achievement. All of the efforts that we took throughout our journey have finally started to bear fruits, with this being just the beginning. We are going to go with twice the energy and motivation into the Asian Games to do even better for the country," said a proud Moin Ejaz, captain of the Indian DOTA 2 Team.

The Indian contingent met with renowned sports personalities such as Harmanpreet Kaur (Indian Women's Cricket Team captain), Bhavina Patel and Sonalben Manubhai Patel (Para TT Player) and Deepak Punia (Indian wrestler) and enlightened them about Esports as well as the basics of DOTA 2, the video game in which they clinched the bronze medal. The contingent also conveyed that Esports will be a proper medal event at the upcoming Asian Games 2022.

"Finally, Indian Esports has found a place on par with the other sports in the country. To be recognised by the IOA for the DOTA 2 contingent's achievement amongst the country's finest athletes feels like a cherry on top of the cake of winning the bronze medal. The trajectory of Esports in India has seen its fair share of highs and lows, but with the Asian Games coming up, the only way seems to be upwards from here.""The expectations are undoubtedly high now because of the bar that has been set, but we have complete faith in our Esports athletes to transition this form in the upcoming international competitions and make the country proud.", said Lokesh Suji, Director of Esports Federation of India and Vice President of the Asian Esports Federation.

The IOA officials congratulated the DOTA 2 team on their historic bronze medal, which the Esports Federation of India (ESFI) believes is a testament to the relevance of the Commonwealth Games given the rise in popularity esports in India is expected to witness following the national team's medal-winning feat in the inaugural edition of the Commonwealth Esports Championship. (ANI)