Will try to win medal in Olympics as well: Sharath Kamal after Commonwealth Games 2022 triumph 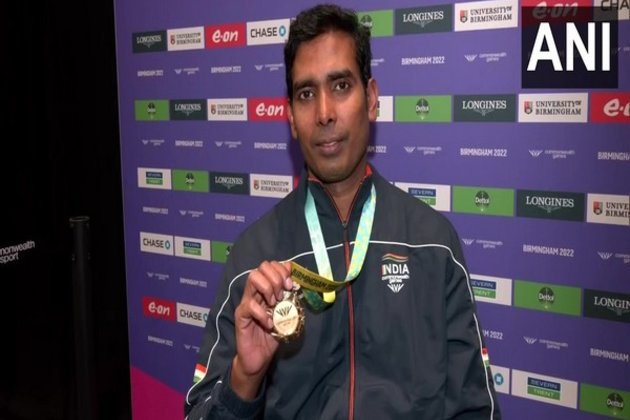 "The whole tournament has been fantastic. This singles gold has been quite tough. I'm happy that I won gold despite my body ache. Next, I will try to win a medal in the 2024 Olympics," Sharath Kamal told ANI.

Talking about the match, the first game of the match saw England paddler giving a tough fight to the Indian and he won the game 13-11.

His match against Drinkhall was a tale of two halves. The 29-year-old had a wonderful start, winning the first three games.

However, Paul pulled things back by claiming three games in a row. But it was the Indian paddler who took the match.

With the win, Sathiyan became India's 58th medallist, and 23rd bronze medallist, at the Commonwealth Games 2022.