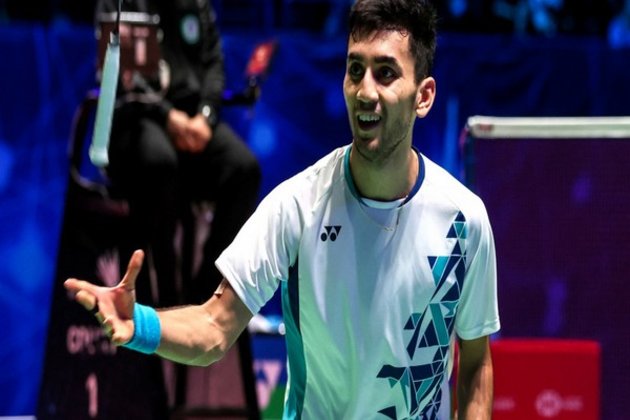 Sen clinched the country's second badminton gold of the day, defeating Malaysia's Ng Tze Yong in the final of the men's singles category at the ongoing Commonwealth Games 2022 in Birmingham on Monday.

"The young and energetic Lakshya Sen makes India proud! Congratulations on winning the badminton gold at CommonwealthGames. The way you bounced back with a commanding display symbolises a bold new India that is determined to win. You make our tricolour go up again at Birmingham," President Murmu said in a tweet. Union Sports Minister Anurag Thakur also congratulated the young shuttler on his triumph.

"SEN - SATIONAL !!! GOLD Lakshya Sen you are a fighter embodying and displaying the spirit of young India! You came back and clinched this victory like a determined champ! Our heartbeats were racing! You are such a delight to watch! Well donecongratulations!," tweeted Thakur.

Sen fought brilliantly on his way to victory. He won the match by 19-21, 21-9 and 21-16. He took on the Malaysian challenge head-on and toiled his way for the ultimate prize.

Sen and his Malaysian opponent started the opening game on a mostly even note. Sen gained a slight advantage with a 5-4 lead. But Tze Yong did not give up and not only did he score points, but he also made Sen toil hard for his own points. Sen kept fighting and eventually made things 19-19. But Tze Yong clinched the first game 21-19.

The next game also started off as a see-saw contest, with Tze Yong having a lead. Sen continued fighting hard for his points and made things 6-6. Lakshya's perseverance eventually took him to an 11-9 lead halfway into the game, which eventually widened to 18-9. Sen won the second game by 21-9 to set up an exciting decider.

The decider game also started on an exciting note, with both players toiling hard for points. Sen was better this time. Halfway through the game, he had an 11-7 lead, which widened to 15-11. Sen eventually swung his racket to a 21-16 win in the third game. (ANI)