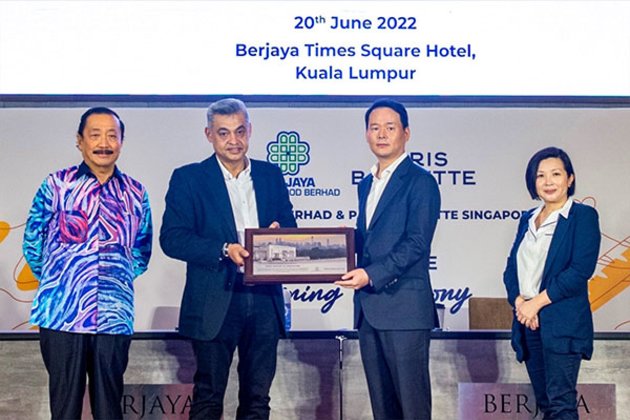 After the COVID-19 pandemic, halal food has become popular as a hygienic food even in the non-Muslim regions. Domestic food companies are actively expanding their global business by entering the halal market, which has high growth potential.

According to KOTRA on the 21st, the global halal market, including food, beverage, fashion, drugs, and cosmetics, is estimated to be USD 4.5 trillion as of 2020. Among them, the halal food market grew to 1.9 trillion won last year.

The halal market accounts for 26 per cent of the global food market and is growing by 10-15 per cent every year. Considering that the average annual growth rate of other food markets is 1-2 per cent, the halal food market is rapidly growing.

CJ CheilJedang has continued to expand its halal food business since it obtained the halal certification for its 30 food products, including instant rice, seaweed, and kimchi, from Malaysia's JAKIM in 2011.

It has also obtained the halal certification from Indonesia's MUI and the Korea Muslim Foundation (KMF) over the past 10 years and is supplying halal products to 110 countries, including Malaysia, Indonesia, the Middle East, Thailand, and Singapore.

CJ Cheiljedang's Kizuna plant in Vietnam, which was completed in February, is the production base to target the halal market. It produces instant rice, kimchi, and Korean-style sauce products at Halal-only production lines. Halal foods produced at the factory are exported to neighboring countries.

Daesang Food has obtained the halal certification for about 50 products since it begin exporting halal foods in February 2011. It is also actively localizing halal food products, such as launching the Mamasuka brand in Indonesia, its major market.

In the Middle East market, which has a 400 million population, it is supplying more various products, including Chung Jung Won and Jonggajip. It sells halal-certified kimchi, soy sauce, seasoned seaweed, and rice cakes in the Middle East.

SPC Group has set up a joint venture with Berjaya Food Group, the No.1 Malaysian food company, and is also pushing to build a halal-certified baking factory in Johor Bahru.

It will invest 40 billion won to build the Johor Bahru plant on a 12,900m^2 construction site. It aims to complete by June 2023. It is expected to be a production base to export more than 100 items such as bread, cakes, and sauces to Southeast Asia and the Middle East.

SPC Group will target the Southeast Asian Halal market based on Malaysia.

In addition, Samyang Food, Lotte Food, Shinsegae Food, Jeju Samdasoo, and hy are also actively pushing to enter the halal market by obtain halal certification. An industry source said, "Demand for halal-certificated foods is increasing in non-Muslim areas as well as Muslim areas. The food companies' entry to the halal market is expected to be more active." (ANI/Global Economic)

DUBAI, UAE: The Arab states have built significant amounts of solar and wind power installations, and are in line to ...

LONDON, England: A second referendum on Scottish independence is set to be held in October 2023. The Scottish government, led ...

14 ft. crocodile captured by man in Indonesia, returned to nature

SULAWESI, Indonesia: Using just a rope, an Indonesian man, supported by fellow villagers on the island of Sulawesi, captured a ...

Villagers being conscripted to crush anti-junta resistance in Myanmar

College suspends girl for hanging out with teacher murder suspect

DHAKA, Bangladesh - The Haji Yunus Ali School and College in Ashulia, Savar, has suspended a student hanging out with ...

KATHMANDU, Nepal - According to the Department of Forests and Soil Conservation, 90 settlements in Salyan are at high risk ...

LAHORE, Pakistan - FIFA, the world governing body of football, lifted Pakistan's suspension on Thursday and extended the mandate of ...