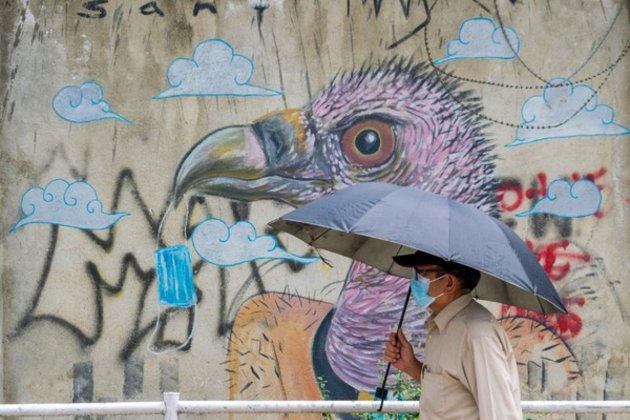 Kathmandu [Nepal], June 14 (ANI): Amnesty International on Monday has called on international community to increase aid supply as well as vaccines to Nepal as it continues to battle COVID-19 pandemic's second wave.

In a new briefing published on Monday, Amnesty International also has called on Nepal's politicians to set aside their differences and take decisive action in the coming weeks to save thousands of lives.

"We are currently seeing the same desperate situation play out in Nepal that we saw in India over recent months. The country's health care system is teetering, with hospitals reaching capacity, and overstretched, hopelessly under-resourced staff are unable to keep up with overwhelming demand," said Yamini Mishra, Amnesty International's Asia-Pacific Director.

"Right now, to save thousands of lives, Nepal's authorities must prioritize the procurement and supply of oxygen, which until now has been held up by inaction and bureaucratic wrangling. For its part, the international community must urgently provide supplies of oxygen, ventilators, vaccines and other life-saving products," Mishra said in a newsletter published today.

Nepal currently has one of the world's highest infection rates and, in April, the country's Ministry of Health projected an additional 300,000 cases by July. Nepal's infrastructure is already creaking under current caseloads, with dire shortages of oxygen, ICU beds, personal protective equipment and vaccines, the international Human right watch dog said.

According to a UN report released on 14 May, Nepal had the highest 'effective rate of reproduction' and highest test positivity rate of any country in the world.

Amnesty in its newsletter also has stated that the current crisis in Nepal is being exacerbated by a mutated virus that leads to higher levels of mortality, and additional complications such as pneumonia, which is increasing demand for oxygen.

"The lack of COVID-19 vaccines has also severely hampered the country's efforts to reduce the burden on the health system and curb the spread of the virus."The International Human rights watchdog which also has released a briefing, entitled "Struggling to Breathe: The Second Wave of COVID-19 in Nepal," has mentioned a detail account about virus' devastating impact on the country's underfunded health system and the consequences of medicine and equipment shortages for hospital staff and COVID-19 patients.

COVID-19 has spread rapidly across Nepal in recent months and is currently widespread across all seven of its provinces. While public health experts believe that the number of deaths is being underestimated, as of 7 June, 7,990 COVID-19 deaths had been registered in Nepal according to government figures, with the Institute for Health Metrics and Evaluation (IHME) projecting a total of 34,887 deaths by 1 September 2021.

"Nepal desperately needs more vaccines to help combat this deadly second wave of COVID-19. While countries like China and the US have now pledged to provide vaccines to Nepal, this is not enough. The international community has to come together and provide unequivocal support to global mechanisms such as COVAX to ensure equitable access to vaccines and prioritize resource and technology transfer to produce vaccines locally," said Yamini Mishra.

Nepal, like other countries across South Asia, is also facing a drastic shortage of vaccines. As of May 10, less than 2.5 million of Nepal's 30 million population had received even one jab - fewer than one in ten people. (ANI)